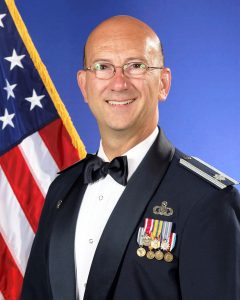 Bryan Miller has served as the Music Department Chair and Director of Bands for the Leyden High Schools since 1994. During his years of leadership, the music faculty size has doubled; student enrollment has increased; and the school/community have enjoyed many successes in band, choir, and orchestra.

Mr. Miller’s education includes earning his undergraduate degree in Music Education from Northern Illinois University, where he attended on scholarship and graduated with Full University Honors. Following NIU, Mr. Miller was awarded a full scholarship and assistantship to the University of Notre Dame, where he served as the Graduate Assistant Director of Bands and earned his Master Degree. In addition to writing drill and arrangements for the Notre Dame Marching and Basketball Bands, he directed the Jazz Lab Band, played lead trumpet in the Jazz Ensemble, and served as a featured trumpet soloist on two Concert Band tours of the United States. His Brass Quintet was also a semi-finalist group in the Fischoff National Chamber Music Competition.

Mr. Miller served as the Music Director for the Illinois Ambassadors of Music honor band, choir, and orchestra for their 2006, 2008, and 2010 European Concert Tours. He has served as a concert band, orchestra, jazz band clinician, adjudicator and conductor for organizations such as The Midwest International Band and Orchestra Clinic, IGSMA, IHSA, IMEA, the University of Illinois’ ISYM Jazz Camp, the Northwest Band Festival, and Huntington College’s Sousa Fest.  He has guest conducted the Washington D.C. United States Air Force Concert Band. He has served as guest conductor for the SWIC and Chicagoland Band Festivals, Music Maestro, Please festivals, and a number of local events and organizations. As a trumpet artist, Mr. Miller also had the honor of performing with the brass section of the Chicago Symphony Orchestra and the Lyric Opera at Chicago’s Symphony Center as part of the Arnold Jacobs memorial tribute at the Midwest International Band and Orchestra Directors Clinic. He also is a member of the Pete Ellman Big Band, and the Park Avenue Orchestra.

An alumnus of the Chicago Youth Symphony Orchestra, Mr. Miller now serves on its Board of Directors. He was awarded the “Chicago land Outstanding Music Educator Award,”, received the technology/curriculum award from West 40, the Leyden ‘Fern Award’ for Fine Teaching, and the‘Singular Contribution to the Education of Youth Award’ from the University of Notre Dame. In addition to teaching at Leyden, he serves on the Music Education faculty for Elmhurst College. He has taught advanced conducting techniques for North Central College, trumpet studio and graduate brass methodology courses for VanderCookMusical College.

As an Officer in the United States Air Force and Illinois Air National Guard, Lieutenant Colonel Miller also proudly serves his country as the Commander and Conductor of the 566th Air Force Band, The Air National GuardBand of the Midwest. This organization has performed for the President, the Governor’s inauguration ceremony, The Today Show, Astronauts Neil Armstrong and Buzz Aldrin, the Tuskeegee Airmen, memorial services for President Ronald Reagan, our nation’s troops, The Midwest International Band and Orchestra Clinic, the Illinois Music Educators Association All-State Conference, and numerous high profile military and civilian events throughout the world! During the summer of 2010, Lieutenant Colonel Miller deployed to Afghanistan, Kuwait, Qatar, and the United Arab Emirates as the Commander of the United States Air Force Central Command Band, performing for US and coalition troops.

The truth is that my ‘biography’ is not really all that important…I just want for our students and parents to know that I try very hard to produce quality work, and that I am dedicated to being a quality music educator for our Leyden students.

This is Mike Vaschur’s first year on faculty for the band department at Leyden High Schools.  His responsibilities will include directing the East & West Concert Bands, East Jazz Band, Basketball Band, teaching Digital Music Production, in addition to co-teaching the Marching Band, Symphonic Band, and Orchestra.

Having been a student teacher in the fall of 2019, Mr. Vaschur returns to Leyden after serving as the 5-12th Grade Band Director in scenic and historic Galena, IL.  His accomplishments in Galena include nearly doubling the size of the middle school band program, preparing students for successful auditions into ILMEA district ensembles at the Junior and Senior Levels, and coordinating the Galena Marching Pirate Band’s performance in last year’s Chicago St. Patrick’s Day Parade, reviving a 54 year-old tradition.  Beyond his responsibilities as band director, Mr. Vaschur arranged many contemporary songs for his marching and pep bands to increase student and audience engagement at football, volleyball, and basketball games.

An alumnus of Northern Illinois University, he earned bachelor’s degrees in both Music Education and Tuba Performance in 2019, graduating Magna cum laude.  He is a recipient of the Sally Stevens Scholarships in the Arts for the School of Music and had the distinct honor of serving as Student Marshal for the College of Visual and Performing Arts at his graduation.  As a student of Scott Tegge, Mr. Vaschur performed regularly in the NIU Philharmonic, Wind Ensemble, Wind Symphony, and New Music Ensemble, in addition to being heavily involved in chamber music, performing tuba-euphonium and brass quintet repertoire.  Most recently, he has performed in the tuba sections of the Sterling Municipal Band, Galena Americana Band, Elmhurst University’s Symphonic Band, and the nationally ranked Chicago Brass Band.

Beyond playing tuba, Mr. Vaschur is an accomplished electric bass player.  A first generation Ukrainian immigrant, he has arranged and performed music with his Ukrainian folk band, Клопіт (Klopit), in diaspora communities across America for over 13 years.  What he loves most about performing with Клопіт is having a platform to share, promote, and carry on Ukrainian culture through a unique mix of traditional Ukrainian music and the styles we hear in music today.

Mr. Vaschur lives in Lombard, IL with his fiancée, Kaelyn, and their two cats, Mochi and Ben.  He enjoys being outdoors and playing disc golf, watching anime and reading manga, and spending time with family and friends.  He looks forward to meeting and reconnecting with students at Leyden and helping them find their individual voices so they can make statements in their playing!

We are very proud of the additional staff we have developed and assembled to work with our Marching Band students. Our Drum Line, Percussion Ensemble, Color Guard, and Marching/Sectional staff consistently includes alumni from our program who possess a wealth of positive Leyden Band-related experience to draw upon and share with the students. In addition to being content “experts” who can provide a quality model for their specific section in our organization, these additional instructional staff members lower our student-to teacher ratios, benefiting individual student understanding and achievement. As you will discover this summer, each of our Marching Band Alumni Staff is also dedicated, friendly, and a positive role model.

In addition to our instructional staff, we have an outstanding group of Band Parents who are a critical part of our Marching Band team. They provide assistance for our students and directors in many ways, greatly enriching the excellence of our organization and quality of our students’ experience. All parents are welcome and invited to get involved. A tradition of parental involvement is one of the great strengths of our program.