Over 220 students strong, the Leyden Marching Band is the largest group and among the most visible organizations at the Leyden High Schools. The band includes freshman through senior students from both the East and West Campus. The Leyden Marching Band boasts a wide variety of students to include: this year’s valedictorians at both East and West, most of the top 10% students at each campus, over 130 student athletes, many students who participate in school clubs, and students who work…However, they all like the Marching Band so much they find a way to make it work in their busy schedules—so you can, too!

The Leyden Bands are often seen and heard by an excess of 300,000 people annually at high visibility performances which have included: Walt Disney World, Cedar Point Amusement Park, Washington DC, televised Independence Day Parades, NIU’s Band Day, plus numerous civic engagements to include: the Radio City Rockettes, the U.S. Naval Reserve Association, Northwestern University, the American Federation of Teachers, United Airlines, Dominick’s, the Rosemont Convention Center, Oak Brook Hills Hotel, Follet Books, PSI, and half-time performances for both the Chicago Rush and the Chicago Bears. Many Leyden Band students enjoyed a two-week, seven-country European Concert Tours in with The Illinois Ambassadors of Music. Many great opportunities to perform and tour with the Leyden Bands await you!

Leyden’s Band has hosted, performed with or opened for many ‘world-class’ acts, to include the USAF Concert Band, the U.S. Army Field Band, the U.S. Army Jazz Ambassadors, the USAF Academy Falconaires, the US Navy Band, and the Dallas Brass. Leyden’s Jazz Ensembles perform yearly at Music Department Concerts, Jazz Night, and have been selected for the U. of I.’s Invitational Jazz Festival.

Outfitted in beautiful uniforms, 60 Color Guard ladies do a great job as the exciting visual complement to Leyden’s Marching Band, adding excitement to our performances both on the field and touring across the country. Every one of these ladies was a beginner when they joined our band—another great opportunity for students to participate and achieve!

Our program’s history speaks for itself…with another quality incoming freshman class and many outstanding activities planned for our students, this year promises to be an exceptional year—We hope that you can be a part of the fun! 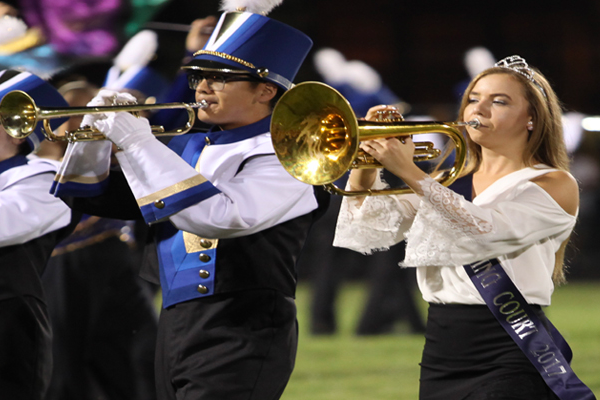 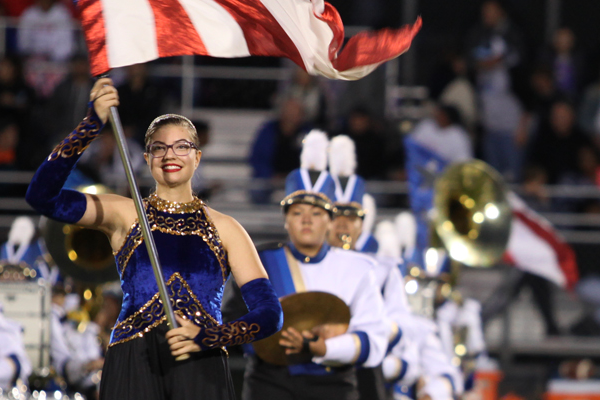 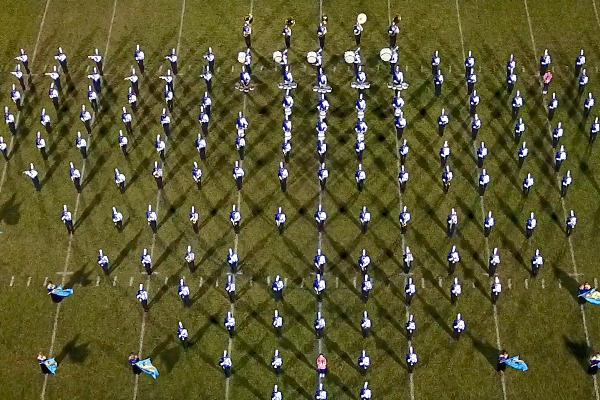